Accelerating contactless consultation for foreign countries including Mongolia, Russia, and the Middle East 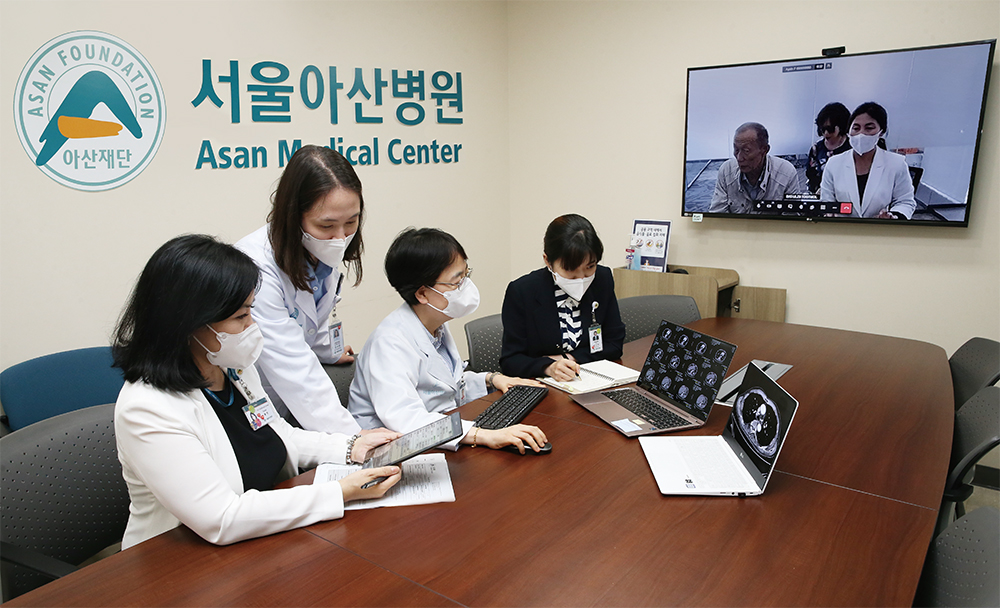 ▲ Professor Won-Kyung Cho and Professor Seo Young Kang (second and third from the right) are holding a virtual consultation for a patient in Mongolia.

“The mass shown in the lung x-ray may well be a malignant tumor. However, we can see mediastinal lymph node calcification which may have been caused by contagious diseases such as tuberculosis. A biopsy is needed to confirm whether the mass in the lung has been formed by such diseases. Since the mass is located on the edge of the lung, it would be better to perform a fine needle biopsy. The treatment approach will be determined after performing the biopsy here at AMC.”

Virtual consultations were held at Asan Medical International (AMI) meeting room on June 3rd. Professor Won-Kyung Cho and Professor Seo Young Kang of the International Healthcare Center provided virtual consultations to Mongolian patients as demonstrations to relevant individuals from the Ministry of Health and Welfare (MOHW) and KHIDI. The professors explained to the patients about their opinions on the disease and treatment plan.

AMC’s online medical services for patients in foreign countries are categorized into four areas: ‘pre consultation’ for case review and prescribing radiology report; ‘outpatient consultation by proxy’ offered by AMI on behalf of each medical department; ‘second opinion’ which provides a written opinion regarding a disease produced by a relevant expert; and, ‘virtual consultation’ through which the patient, local doctors, and AMC doctors are connected via video conference for collaborated treatment. 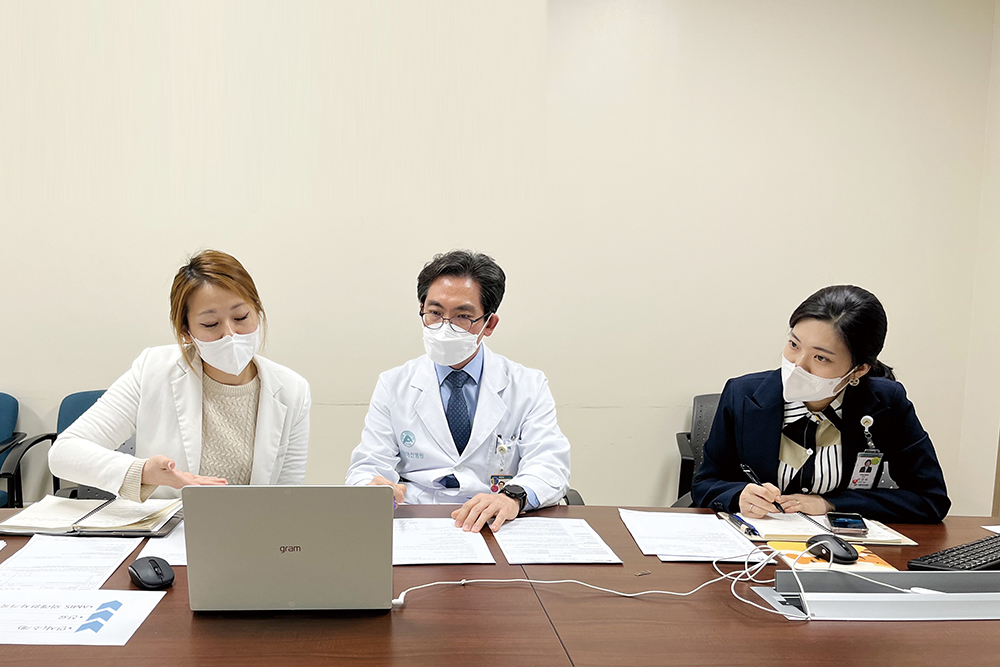 ▲ Professor Jae Lyun Lee (center) of the Division of Oncology is delivering a virtual consultation for a patient in Russia who has suspected symptoms of prostate cancer.